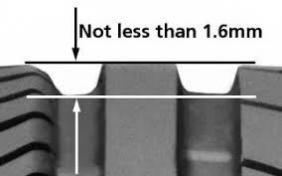 Ø Common mistakes made by learner drivers

Myth:  Driving examiners are only allowed to pass a certain number of pupils per week.

This is just not true. Perhaps this myth originates with those embarrassed by failure trying to come up with a convincing reason for family and friends. If you are up to test standard you will pass. It’s not meant to be easy, and the fact is that over 50% of candidates are just not up to the standard required. Driving examiners don’t fail you: you fail yourself.

Examiners are professionals: their personal feelings do not enter into their assessment of you. Also, they have their bosses to report to – an unusual or inexplicable number of passes or failures would be looked into. It’s easier for an examiner to give good news rather than bad, and a pass means less paperwork for them.

Myth: There is a particular examiner who has tested me at the same test centre several times and failed me because he does not like me.

It would be easy to blame a ‘personality clash’ for failure, but again, driving examiners are professionals. Personal feelings or prejudices are irrelevant. An examiner whose work record showed an inclination to fail, for example women or a particular ethnic group, would soon be spotted. We would all like to blame someone else for our mistakes. The only way you will eventually pass is if you take responsibility for your performance and work hard to correct your faults.

Mistake: Taking the driving test in your own car.

This might seem like a good idea, but in fact it isn’t. The pupils who turn up in their own vehicles are usually those who have had no professional driving tuition, or are so dangerous the driving school has not let them use their vehicle. The examiner will be aware of this from the beginning and it is likely to make him or her nervous. In addition, the car will not have a dual braking system, which may mean the driving examiner might be inclined to intervene, verbally or physically, prematurely. Intervention by the examiner means failure, so you don’t want to increase the chances of that happening by using a car without the dual brake. You have a far better chance of passing if you use one of our cars.

Mistake: Delaying the learning and taking the test until you are older.

There is no time to lose: younger candidates outperform their seniors in passing the test. In 2004-6, the pass rate for 17 year old boys was 51% and for girls 48%. Pupils ten years older at 27 had pass rates of 43% and 36% respectively. At aged 47 the rates when down further to 35% and 25%. But also in that period, the oldest successful candidate was female. The DSA says a pupil needs 2 hours driving tuition for every year of life. In other words, if you are 17 you will need about 34 hours, and if you are 20 you will need 40 hours. All in all, it is easier and cheaper to learn at the youngest age possible. Anyone who has been ‘back to school’ or learnt a new skill knows that learning becomes more difficult as you get older

Myth:  My father tells me he took only 8 hours of driving tuition and passed first time.

This may have been possible in the dim distant past, or perhaps he has ‘competitive dad’ syndrome. The test has grown to match the changing conditions on the roads. There is an ever larger number of cars, more complicated traffic conditions and signs and routes to follow. There is now also the theory test, reverse parking manoeuvres and the ‘show and tell’ section. Years ago, a candidate would just be asked a few questions on the Highway Code. Older drivers often acknowledge that they might have difficulty these days passing a test. The Driving Standards Agency estimates that a new learner driver needs a minimum of 45 hours professional training with a further 22 hours of private practice. You can console yourself that with a more serious, complex test, you will be a much more competent driver in a shorter space of time than your father. As soon as you pass, take him out on the road and impress him!

Myth:  If you stall the car, you will fail.

Stalling happens. If it happens in a dangerous situation, say, on a roundabout, you could be in trouble. If it happens on a normal stretch of road, the important thing is how you deal with it. Panicking is not a good idea. Just take a deep breath, start again, and it is unlikely you would be failed on that one thing alone.

Mistake: Setting the mirror slightly ‘off’ so the examiner can see you move your head which makes it more obvious you are checking the mirror regularly.

Driving Examiners are trained to look for those small eye movements and are likely to be less than impressed by a mirror set at the wrong angle. Moving your whole head all the time will just distract you from effective observation.

It is not in any school’s best interests to have lots of learners taking lesson after lesson with no end result, it also becomes boring for the instructor and the pupil. Driving is meant to be enjoyable!  We give you advice, and if you want an independent rough guide: you are ready to take your test if you can drive for an hour without the verbal aid or assistance of your instructor. The DSA says that most people fail simply because they take the test before they are ready.

Myth: The minimum age for driving is going up to 18.

This is the oldest one in the book. However, it is true that recently a government task force recommended that learning should begin at 17 and the driving test taken at 18. However, for the age to change, it would require an Act of Parliament, which takes at least 2-3 years to become law. So, no need to worry about this for a while.

No cuts or bulges, 1.6mm of tread depth across the central 3/4 of the breadth of the tyre and around the entire circumference.

Q9. Show me / explain how you would check that the power assisted steering is working before starting a journey.

If the steering becomes heavy the system may not be working properly. Before starting a journey two checks can be made. With the wheel turned slightly, maintained while the engine is started, you notice a slight movement in the wheel as the system begins to operate. Alternatively turning the steering wheel just after moving off will give an instant indication the power steering is functioning ok. Make sure you have checked the car has its handbrake on and is in neutral.

Q10. Show me / tell me how you would check that the headlights and tail lights are working.

Turn on ignition (if necessary), operate switch for lights, walk round the vehicle.

Q11. Show me how you would check that the direction indicators are working.

Turn on the ignition. Apply indicators and check all indicators.

Q12. Show me how you would check that the horn is working (off road only).

Q13. Show me how you would check the parking brake for excessive wear.

Demonstrate by applying the handbrake and when it is fully applied it secures itself, and is not at the end of the working travel.

Q14. Tell me how you would make sure your head restraint is correctly adjusted so it provides the best protection in the event of a collision.

For maximum protection the head restraint should be adjusted so that your eye line is level with the centre of it and it should be as close to the back of the head as is comfortable.

Q15. Show me how you would switch on the rear fog light(s) and explain when you would use it (them), please don’t start the engine.

Turn on dipped headlights, then turn on the rear fog lights. Fog lights should be used when visibility is reduced to 100m or less.

Q16. Show me how you switch your headlights from dipped to main beam and explain how you would know the main beam is on whilst inside the car, please don’t start the engine.

Turn on dipped headlights, then operate the switch to change to main beam. Inside the car a blue light will show on the instrument panel when the main beam is in use.

Q17. Tell me how you would know if there was a problem with the anti-lock braking system. (Used only when the system is fitted to your vehicle)

An ABS warning light will appear on the instrument panel if there is a problem with the system.

Q18. Show me how you would use the demister controls to clear all the windows effectively, this should include both front and rear screens.

Turn on the ignition and direct the cars heating control to the windscreen symbol and increase the fan speed as necessary to clear the front windows. Operate the heated rear window switch to clear the rear screen.

Q19. Demonstrate how you would use your wipers and washers, to clean both the front and rear screens.

Turn on the cars ignition, (without starting the engine) and operate both front and rear washers.

Note: Failure on one or both of the show me tell me questions will result in one minor fault.